Dr. Zane Martin is Program Director for Alzheimer’s Disease and Related Dementias Translational Research in the Division of Neuroscience at the National Institute on Aging (NIA). She oversees grants focused on drug discovery, drug development, and clinical trials aimed to ameliorate various dementias of aging.

Before being hired as Program Director, Zane was a AAAS Science & Technology Policy Fellow at NIA. During that time, she was awarded the National Institutes of Health Award of Merit for the development and implementation of the Alzheimer’s Disease Preclinical Efficacy Database (AlzPED). AlzPED is a publicly available data resource that aims to increase reproducibility, transparency, and translatability of preclinical Alzheimer’s drug discovery studies with the goal of improving the drug pipeline to human clinical trials.

Dr. Martin has a Ph.D. in Neuroscience and M.S. in Pharmacology from the University of Texas Medical Branch. She received postdoctoral training in the Department of Neurochemistry at the New York State Institute for Basic Research in Developmental Disabilities. Her research career has primarily focused on drug discovery strategies to combat Alzheimer’s disease and related dementias. She has investigated a wide range of therapeutic targets, including tau hyperphosphorylation, synaptic dysfunction, and amyloid aggregation.

Dr. Charles L. Cywin joined the National Institute of Neurological Disorders and Stroke (NINDS) in 2011 in the Office of Translational Research and currently serves as the Program Director for the Blueprint Neurotherapeutics Network (BPN) .

He is responsible for the providing project leadership and coordination for a portfolio of neuroscience drug discovery projects ranging from early discovery to Phase I trials. He is the Contract Officer Representative for our Medicinal Chemistry, DMFP and Clinical contracts. Prior to joining NIH he spent 17 years at Boehringer Ingelheim Pharmaceuticals where he was Director, Medicinal Chemistry and was responsible for Hit to Lead and Lead Optimization programs focused on clinical candidate selection in a number of therapeutic areas. He created the lead discovery team, the parallel synthesis group and led the efforts to identify and implement new technologies, infrastructure and outsourcing in medicinal chemistry.

Dr. Cywin received his Bachelor’s degree in chemistry from Providence College, performed his doctoral training at Syracuse University focused on natural product synthesis where he was a University Fellow, and completed his postdoctoral fellowship with Professor E.J. Corey at Harvard focusing on asymmetric catalysis.

The one and a half hour session aimed to provide the wider community of researchers in the neurodegeneration field with a synopsis of eight funding organizations, their relevant grant programs and funding mechanisms, deadlines, and various support opportunities offered directly or through various partnerships. A panel discussion and a Q&A with the audience followed the brief organizational introductions.

Dr. Marco Baptista joined the Foundation in 2012. As Vice President, Research Programs, he stays closely linked to the Parkinson’s community in order to develop an aggressive and innovative agenda for accelerating research and drug development for Parkinson’s disease. This ensures that MJFF priorities reflect and best serve the ultimate needs of patients. Marco currently leads the Foundation’s priority interest in understanding LRRK2, a major genetic form of parkinsonism. He also oversees strategies to identify promising therapies for Parkinson’s disease.

Previously, Dr. Baptista was an Associate Principal Scientist at Merck leading a preclinical Parkinson’s program that helped develop field-enabling resources that were key in us better understanding the genetic causes of Parkinson’s disease. He brings drug discovery knowledge and expertise to the Foundation that helps drive the funding of translational research.

Dr. Baptista earned an undergraduate degree in Psychology from the University of Toronto and a PhD in Neuroscience from McMaster University, Canada. After completing his postdoctoral research at The Scripps Research Institute in La Jolla, Marco spent over 5 years in the pharmaceutical industry leading a preclinical Parkinson’s program.

Dr. Baptista can be contacted at mbaptista@michaeljfox.org.

The Michael J. Fox Foundation is dedicated to finding a cure for Parkinson’s disease through an aggressively funded research agenda and to ensuring the development of improved therapies for those living with Parkinson’s today.

Dr. Kuldip Dave leads The ALS Association’s global research program, ensuring transparency, accountability and impact across its extensive research portfolio. In his new capacity, he ensures that that the Association continues to drive research that improves the lives of people with ALS and helps us find a cure.

Prior to this position, Dr. Dave was the former director of research programs at The Michael J. Fox Foundation for Parkinson’s Research, where he developed and implemented the Foundation’s ambitious research vision in the biology of Parkinson’s. He convened scientists from academe and the pharmaceutical industry to fund promising research opportunities, and he was deeply involved in advancing the study of alpha-synuclein, a protein linked to Parkinson’s disease.

Dr. Dave received his undergraduate degree in biology from Rutgers University, and a PhD in pharmacology and physiology from Drexel University College of Medicine. He completed a post-doctoral fellowship at a biotechnology firm and later joined the pharmaceutical company Wyeth, where he was the biology team leader for programs in the Women’s Health Department.

Dr. Dave can be contacted at kdave@alsa-national.org.

The ALS Association’s mission:
Discover treatments and a cure for ALS, and to serve, advocate for, and empower people affected by ALS to live their lives to the fullest.

Dr. Kristophe Diaz joined CurePSP in 2020. For the previous five years, he worked in the neuroscience nonprofit sector where he led programs and multidisciplinary alliances focusing on translational science, tauopathies, tau biology, disease modeling, and knowledge engineering. He directs CurePSP’s Venture Grants program and the PSP Research Roundtable. Additionally, he applies his understanding of the neurodegenerative research and entrepreneurial ecosystem to pursue new and promising funding opportunities and to establish fruitful partnerships with pharmaceutical and biotech leaders.

Dr. Diaz received his PhD degree in molecular and cellular biology at the University of Massachusetts, Boston. Prior to joining CurePSP, Dr. Diaz was one of the first employees of Cohen Veterans Bioscience, a nonprofit charitable foundation advancing translational science and technology in trauma-related brain disorders.

Dr. Diaz can be contacted at diaz@curepsp.org.

Dr. Walter Kostich is the Director of Commercial Research at the National MS Society. He manages commercial research partnerships developed through the Fast Forward program. Fast Forward bridges the preclinical commercial funding gap by targeting funds to de-risk therapeutic development for MS. Walt also serves as a program officer for the academic research grant program, where he is responsible for grants with a clinical component.

A Neuroscientist by training, he joined the National MS Society in 2015 following a twenty-year career in the pharmaceutical industry in neuroscience drug discovery. He was most recently a Senior Research Investigator at Bristol-Myers Squibb. In that role he provided leadership for several preclinical drug discovery programs in neurologic and psychiatric disorders. Dr. Kostich earned a Masters degree from Washington University and a Doctoral degree from the University of Maryland.

Dr. Kostich can be contacted at Walter.Kostich@nmss.org.

NMSS’s mission:
People affected by MS can live their best lives as we stop MS in its tracks, restore what has been lost and end MS forever.

The Association for Frontotemporal Degeneration (AFTD) 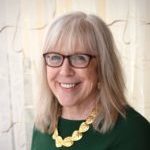 Dr. Debra Niehoff joined the AFTD staff in October 2015 as Research Manager. A neuroscientist by training, she holds a PhD from the Johns Hopkins University School of Medicine.

The author of two popular science books, her experience includes teaching at the college level and scientific and medical writing, as well as service on the board of a drug and alcohol treatment facility in Bucks County, PA. Debra is responsible for the administration of AFTD grant funding programs as well as planning for the FTD Treatment Study Group.

Dr. Niehoff can be contacted at dniehoff@theaftd.org.

AFTD’s mission:
To improve the quality of life of people affected by FTD and drive research to a cure. 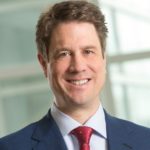 Dr. Andrew Pieper is a board-certified psychiatrist and neuroscientist in the Department of Psychiatry at Case Western Reserve University and University Hospitals Cleveland Medical Center, where he serves as Morley Mather Chair in Neuropsychiatry. He also serves as Psychiatrist at the Louis Stokes Cleveland VA Medical Center (VAMC), as well as Investigator in the University Hospitals Harrington Discovery Institute, where he is the Director of Neurotherapeutic Discovery.

Dr. Pieper is devoted to patient care and basic science research applied to disease, most keenly focused on neurodegeneration. Clinically, he maintains an active Adult Psychiatry Outpatient Clinic at the VAMC. His goal is to understand and investigate human disorders in order to foster development of new pharmacologic treatments for patients.

Dr. Pieper can be reached at Andrew.Pieper@HarringtonDiscovery.org. 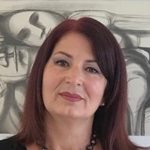 Dr. Leticia Toledo-Sherman is Senior Director of Drug Discovery for the Tau Consortium and Adjunct Assistant Professor of Neurology at UCLA. In her role at the Foundation, she provides strategic direction and oversight of the drug discovery portfolio. Dr. Toledo-Sherman brings critical expertise and best practices in neurodegenerative disease drug discovery to accelerate the development of therapies for Tauopathies.

Previously, she was Director of Medicinal Chemistry and Computer-Aided Drug Design at the CHDI Foundation, leading drug discovery programs for therapeutic development in Huntington’s Disease (HD). Prior to joining CHDI, Dr. Toledo-Sherman was Executive Director of Chemistry at Lymphosign (Pharmascience Inc), leading the development of therapeutics for blood cancers. From 2000 to 2004, she led a multi-site, multidisciplinary team using chemical proteomics and bioinformatics to discover therapeutic targets and to investigate the mechanism of action of drugs. Dr. Toledo-Sherman started her professional career as a leading scientist at Kinetix Pharmaceuticals (acquired by Amgen), where she implemented an in silico platform aimed at rational drug design of kinase inhibitors targeting multiple therapeutic areas. She has served on the Science Advisory Board of the SGC-UNC Kinase Unit and is currently on the Science Advisory Board of The Chemical Probes Portal.

Dr. Toledo-Sherman is an advocate and supporter of open science at the pre-competitive drug discovery stage. She received a PhD in Organic Chemistry from The State University of New York at Stony Brook and did postdoctoral research at the Massachusetts Institute of Technology and The Skaggs Institute for Chemical Biology at The Scripps Research Institute in La Jolla, California.

The Tau Consortium’s mission:
To accelerate treatments in a class of neurodegenerative diseases called tauopathies.

Dr. Alessio Travaglia is a member of the ADDF’s Scientific Affairs team. He supports the scientific portfolio through strategic review of funding proposal and program management.

Dr. Travaglia completed his postdoctoral training at New York University, where he studied mechanisms underlying memory formation during infancy. He earned a doctorate in nano science at the University of Catania (Italy), where he worked on synthesis and characterization of new potential drugs for Alzheimer’s disease. Dr. Travaglia has authored numerous peer-reviewed publications, including articles in Nature Neuroscience and Journal of Neuroscience.

Dr. Travaglia can be contacted at atravaglia@alzdiscovery.org.

ADDF’s mission:
To rapidly accelerate the discovery of drugs to prevent and treat Alzheimer’s disease and related dementias. We are the only charity focused solely on supporting new drugs for Alzheimer’s.